In the middle of August, a track-mounted Keestrack plant combination of an impact crusher R6e and a three-deck classifier C6e was ceremoniously put into operation in the Väo quarry of the company Paekivitoodete Tehas near Tallinn. With up to 400 tph in four defined final end products, the two “e” versions in fully electric grid operation impress with high efficiency and low environmental impact while still offering the full flexibility of the diesel-electric hybrid drive

Since 1959, the company Paekivitoodete Tehas – in English “Limestone Factory” – supplies high quality mineral and aggregates for the Estonian road and construction industry. From 1989, the former state-owned enterprise was gradually transformed into a private company and developed into one of Estonia’s leading construction materials suppliers, under the leadership of the long-standing director, today’s chairman of the board and majority shareholder Vladimir Libman. Today, up to 20 percent of the Estonian annual demand for crushed aggregates comes from the two quarries Väo and Maardu located directly in the area of the capital Tallinn, with their combined extraction quantity of around 750,000 tons per year. Together with washed sand and gravel from mining residual masses with high contents of fines or clay and marl impurities and the company’s recycling activities, the total production amounts to about 1.2 million t/year.

Immediately on the Baltic coast, the high-quality limestone is found close to the surface in small widths of 5 to 6 meters. In the past, the company has responded to the rapidly progressing extraction with three decentralized stationary processing units (totalling 400 tph), whose raw materials, intermediate and end products had to be extensively hauled by rigid trucks. This lowefficient operation became problematic, as the mining zone with its dust and noise emissions, moved ever closer to the equally rapidly expanding Tallinn residential district of Lasnamäe with a total of 120,000 inhabitants.

Investment in efficiency and environmental protection

To minimize the impact of the quarrying activities projected to a further seven years at today’s annual rate, the company relies on low-emission technologies wherever possible on its 176 hectares site (total area 250 ha). Instead of blasting, the stone is quarried by 95% by hydraulic hammer – further relief brings investment in modern low-emission and low-noise machinery and equipment. Correspondingly, the comprehensive modernization of the processing technology, along with an optimization of the production processes, focussed especially on the protection of residents and a general reduction of the environmental impact. To replace the existing installations, a mobile processing line for the production directly in the mining zone was favoured for the main site Väo as well as for temporary operations in the smaller Maardu quarry in ten kilometres distance (approx. 150,000 t/year).

After several months of market evaluation including all leading international suppliers, management decided on the technical solution from Keestrack, consisting of the trackmounted impact crusher Keestrack R6e with a connected 3-deck classifier Keestrack C6e. The entire project was supervised by Ing. Johann Prüwasser, CEO of Keestrack Engineering, the Austrian design and development branch within the Keestrack Group: “Like all other suppliers, we encountered the required high throughput of 375 tph from 0/800 to 0/63 and the optimal distribution of the end products 0/4, 4/16, 16/32, 32/63 as a real challenge, given the high quality but very tough raw material. In fact, we were able to exactly match the crushing characteristics of the heavy 1300 impact crusher in the R6e to the material, especially with regards to the necessary high rotor speed. With double deck hanging screen and oversize recirculation, we now achieve high feeding quantities of 250 tph <32 mm to the connected C6e and deliver a good 30% 4/16 as main end product requested by the customer,” explains Johann Prüwasser the results of several days onsite fine-tuning.

Above all, the sophisticated diesel-electric drive concept of the Keestrack “e” versions with plug-in option to the local power grid was the decisive factor. “We were able to realize the customer’s intended all-electric operation in the Väo quarry with all the advantages of our proven track-mounted technology.” Two 200-meter cables from the specially installed 400 V transformer station on the quarry floor now feed the Keestrack R6e and the downstream C6e classifier, directly connected to the crusher via power supply and communication cable for data exchange between the plant controls.

Powerful electric motors for the crusher drive (250 kW) and the pump units of the central plant hydraulics (R6e: 90 kW, C6e: 45 kW) as well as electric belt drives and ancillary units enable complete emission-free operation. If the plant combination has to be relocated in the course of the extraction process, both plants simply disconnect from the grid and follow the excavator on their own, using their on-board diesel/generators units. The independent diesel-electric drive also ensures economic temporary operation in the Maardu branch, which is additionally favoured by the transport-friendly total weight of the Keestrack combination of just under 95 tonnes (R6e: approx. 62 t, C6e: approx. 32 t).

Since middle of the year, the three-man working teams (excavator/wheel loader/machinist) now reach the daily target of 3,000 tonnes in one long or alternatively two short shifts, which brings significant savings compared to the original 3-shift constellation with a total of 15 manpower. If the average fuel consumption of the entire system in combined diesel-electric operation is at a moderate 80 ltrs./h or 0.2 ltrs/t under full load, which contributes to total production costs of 0.58 EUR per ton of end product, fully electric operation (approx. 1 kwh/t) reduces total costs to only 0.42 EUR/t. In direct comparison to the diesel-electric operation, the operating cost advantage, thanks to cheaper grid power, is just under EUR 100,000/year, according to Keestrack. The reduction of pollutant emissions on site is also significant: around 400 tonnes per year of climate-damaging CO2 is avoided by the fully electric processing alone – not including the elimination of haul truck traffic.

The high importance of the completed modernization project with its total investment volume just under EUR 1 million, funded by 35 % through the Estonian Environmental Investment Center (EIC) using EU regional funding, was also demonstrated by the presence of numerous high-ranking representatives from politics and business at the official start up. The satisfied customer himself now becomes part of the international Keestrack network: As of September 1, Paekivitoodete Tehas officially took over the new sales and service representation in Estonia and neighbouring Latvia. 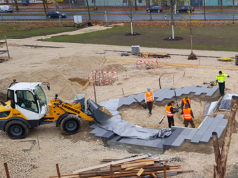 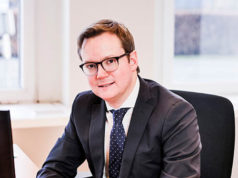